The Story Behind “America the Beautiful” 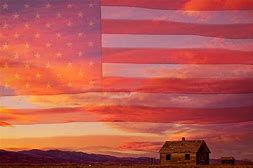 America the Beautiful was written by Katherine Lee Bates as a poem in 1893 and first published in 1895.  It was combined with music composed by church organist Samuel A. Ward of Newark, New Jersey in 1910. Bates wrote the poem after a journey to the top of Pikes Peak in Colorado, saying the views there inspired her.   (Katherine Bates never actually met Samuel Ward.)

Beloved by many as a true representation of the nation’s principles, yet disparaged by many others as outdated and meaningless, the song still carries a lot of weighty meaning.

The song compares the beauty and grandeur of the country to the ideals and principles presented in our Declaration of Independence and Constitution. The descriptions of our national treasures (both natural and man-made) and the praise for those who came before us are used to ennoble the listener; to help them see the value of the social contract that binds us together as a nation.

August 12th is the 160th birthday of Katherine Bates.